Status Update 65 % - The General and the Elephant Clock of Al-Jazari, by Sarah Black 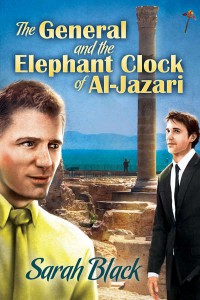 It is so refreshing to read Sarah Black, to see real men doing real guys’ stuff, and who, as an aside, also are gay.