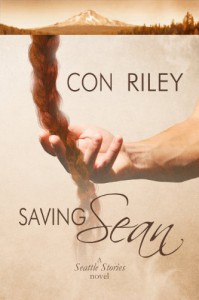 This book gives you all the feelings.

As you know by now, I don’t go through the plot in my reviews, I concentrate on my findings in the book itself, and what made this one work for me was the truly believable male voices in the story.

Both Sean and Peter ring true, and really connect.

Broken, but trying to save himself, Sean is a young man who is overwhelmed. By fate, life, and death. Enter Peter. This Peter, who gained both Sean’s and my trust as the narration developed. This Peter (that I had only seen glimpses of in the first book, After Ben,) is now a fully fledged character, a real person, to me. And most certainly, to Sean.

I know that most people would never do what Peter did, they would walk away and let Sean deal on his own. “Somebody else’s problem” seems to be the motto for a lot of people these days. And that’s why this book is so good, because there are some people among us, who, like Peter, would go back and help a person drowning in the things life has thrown at him or her.

It is so good to read a story about someone who cares. And, by all that is holy, Peter cares.

Then you have all the giggles. Now, a winning book concept, for me, is all the feelings combined with giggle-snorts. That shit just does me in.

To some examples of the brilliant writing in Saving Sean:

“Who knows what Mrs Greene will search for this afternoon? I have to go and erect stronger firewalls.” Said by a young librarian who is inundated with older folks every afternoon, coming to use internet at his place of work. Brilliant boy, Jack.

“It’s like you haven’t heard a single thing I’ve said. I can’t believe you… I can’t believe that I… “ Oh my, that’s when Sean broke my heart. After Peter had broken his.

Peter’s dad, saying “I kinda wish they had the Internet at the library when you were a kid, Pete,” made me cry big, snotty tears. And then he takes on the whole neighborhood, too. What a man.

“You can come home with me and chain yourself to my trees. I’ll watch you from my hot tub.” Oh Peter.

Peter’s way of seeing things is so refreshing. Everything is going to be okay, and then, even if it isn’t, then it’ll simply be different. Quite the way to live your life, truly.

When Sean threw himself at Peter, scaling him like a tree and just trusted Peter to be strong enough to hold his weight? That sealed it for me. That image, right there, is where the fifth star came dancing in—third and fourth came already in the vivid descriptions of people and places. Especially people.

The way Con Riley describes Sean, he appears like an autumn dream, copper, chestnut, freckles and amber eyes. It is as if he were right here in front of me. That braid? Oh, my. That braid.

The cover is absolutely stunning, the soft touch of a reverent hand. And that braid. Oh, my, that braid.

That is quite a knack you have there, Author. Kudos.

I was NOT asked to read this book by anyone. I did, however, receive it as a present, so for once I did not pay with my own money. However, after reading this, I went to Dreamspinner Press and bought a personal copy of it, so that I can give it away as a present, too. It’s simply too good not to share.

ETA: 18 August 2013—Just read this again, going through the whole series, and the emotions are even greater.